Start a Wiki
Spetsnaz are the elite special opperations force of the Russian Federation. Spetsnaz opperatives come from a variety of military backgrouds in the Russian Military, including the VDV, Naval infantry, the Army, GRU, and the Ministry of the Interior.

Spetsnaz are shown as the Russian Military's elite force. Compared to regular Russian Troops, they are better trained and reflect this through their superior accuracy, better abilities to strategize, and more advanced combat techniques. The Spetsnaz often make use of more specialized equipment than normal Russian forces as well. 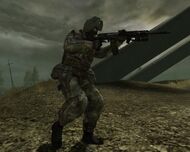 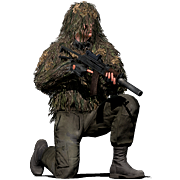 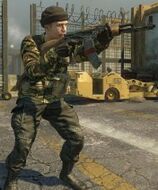 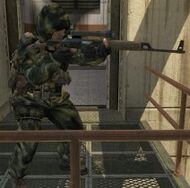 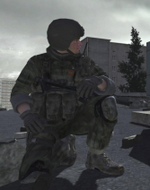 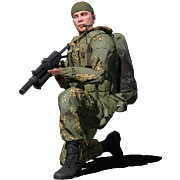 Add a photo to this gallery

Ingame the Spetsnaz appear as both a subfaction of the Russian Military, and as a special-ops squad of infantry for the Russian Army and VDV subfactions. The Russian Spetsnaz faction is called the Russian Spetsnaz Nationalist Guards Brigade ingame. When compared to the other Russian factions, they generally have better infantry, along with somwhat similar vehicles and buildings to the VDV faction. The Spetsnaz team color ingame is green with red stars/markings.

Spetsnaz troops deploy from Hinds infront of the Kremlin.

Spetsnaz opperatives deploying from Mi-26TMP Helicopter.
Add a photo to this gallery

Retrieved from "https://warfareofannihilation.fandom.com/wiki/Spetsnaz?oldid=4608"
Community content is available under CC-BY-SA unless otherwise noted.